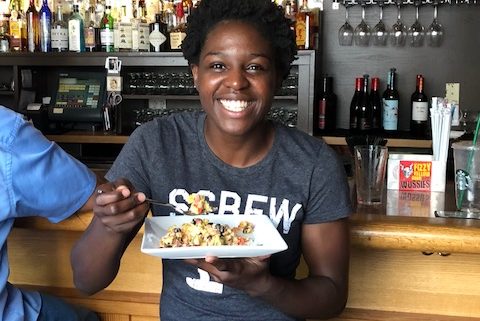 After Australia, Kiki has been selected to go to Japan. She was in Tokyo for the rugby season. She is the first American woman rugby player accepted to play in a professional team in Japan.

Before joining Tokyo, she won Vegas and Barbados with her former rugby team SCION in Washington DC.

That is what SBA USA was able to make with a donation of $500! Kiki was able to go to Vegas with a new pair of yellow shoes offered by a donor! There she played very well and signed a contract with Australia and thanks to her achievements there she is now on her way to Tokyo.

Joann Liu, founder of SCION is really proud of her as should be!

Kiki is now in Washington DC to play a game with her team before leaving again for Australia!

We are so glad and proud too! SBA team wishes you the best of luck Kiki!