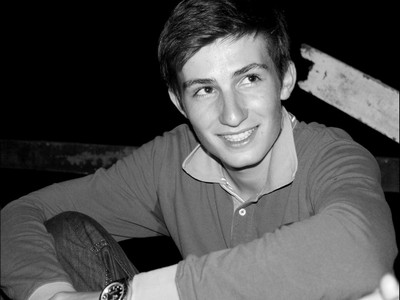 I wanted to pay tribute to a young French boy who lived a few years in Cameroon and died on July 24th at the age of twenty. Following this tragic event, his parents wanted to make a donation to the SBA in honor of his memory, his love for Cameroon and the values of rugby.

A room in the new building in Bafia will be named “CHARLIE” in his memory.

“Charly lived in Cameroon with us from 2001 to 2005 and from 2010 to 2012 where he was educated at the Lycée Savio in Douala. This is also in Cameroon that he had his baccalauréat. He was also part of the High School rugby team. His best years, as he liked to define had happened in his adopted country (see the photo of a sea landscape Kribi he always had on his phone) and he wanted to return to live there after his studies there with the woman who was to become his wife Marion. He made the ascent of Mount Cameroon. He was a young athlete, laughing, loving, good dancer, dances including ballroom dancing), close to others and always ready to help his friends. He loved “tonic” sports, rugby, full contact, etc … he practiced but also music, he played the drums, guitar and sang beautifully.

He had fixed ideas on a number of topics and he was almost unbeatable in African geopolitics, many adults have paid the price … Very young, he was elected to the Municipal Youth Council of the city where we lived after campaigning in his college to collect votes. He was a proud ambassador and took his role very seriously and his family represented something very important to him. “