In the midst of the Rugby World Cup, the cultural department of the Jean Félicien Gacha foundation showed the movie Invictus, in presence of the rugbymen of the SBA Bangangté centre. After the movie, in order to stay in the theme of Africa and Rugby, a rugby initiation class was offered to the public by the Serge Betsen Academy.
The pouring rain did not undermine the fighting spirit of the SBA rugbymen… After the projection of Invictus, the players recreated the game… and the historical logic was respected: 27 to 17 for South Africa (in blue) against New Zealand… A word from the foundation: “Congratulations to all on this big first for the foundation and the lesson in sportiness it taught us, confirming the belief that ‘Football is a gentleman’s game played by hooligans, and rugby is a hooligan’s game played by gentlemen”.
Thank you for the invitation! 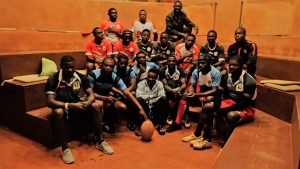 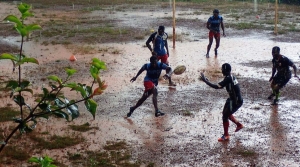 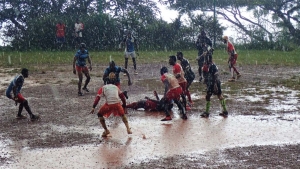 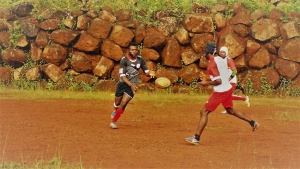 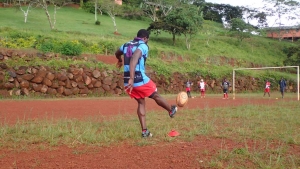 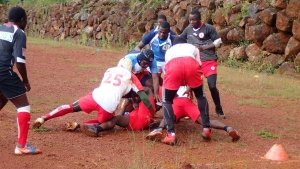 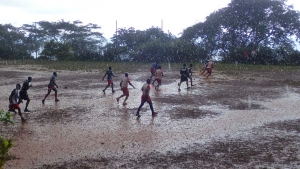 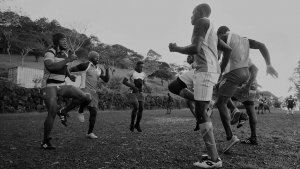 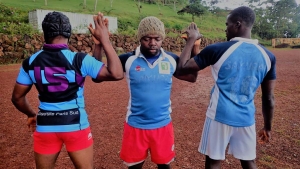 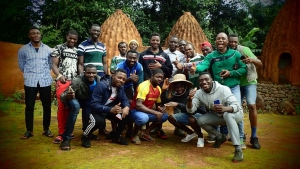 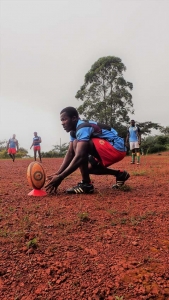