All good things come in threes! It was on July 24, and not a day later, that the coaches of the Serge Betsen Academy (SBA) Cameroon had the pleasure of heading for Bangui in the Central African Republic as part of the TRAUMA Project. This project, whose funding organisation is the Crisis and Support Centre of the French Ministry for Europe and Foreign Affairs, is led by the Francophone Institute for Justice and Democracy – Institut Louis Joinet (IFJD) and implemented and carried out by the Serge Betsen Academy in partnership with the Central African Rugby Federation. Idriss Tcheumkeu Ketcha was, on this occasion, accompanied by Loïc Zeutsop Kenfack, another experienced coach from the association. Always driven by the initial objectives of the TRAUMA Project, namely the reconciliation of the Central African people through the values ​​conveyed by rugby, our coaches had the following objectives during this third mission in Bangui:

Idriss Tcheumkeu Ketcha, head of the technical committee and Loïc Zeutsop Kenfack, head of the refereeing committee wanted to benefit from more time on site to better prepare coaches and players. So they stayed there for a month. The sequence of inter-establishment matches took place after the departure of the coaches of SBA Cameroon. This requirement which characterises the coaches of the Serge Betsen Academy coupled with the formidable work of the Francophone Institute for Justice and Democracy – Institut Louis Joinet (IFJD) which is the project leader and our partner, the Central African Rugby Federation have allowed the children to participate in these very successful matches. Indeed, the eleven primary, secondary and higher education establishments involved were able to take part in these matches, which all took place in a warm atmosphere. In addition to the quality of the game and the investment of all, this week allowed the implementation of the values ​​of rugby. No incident and no conflict were to be deplored. There were smiles galore, even for the losers who will be able to take their revenge on the pitch in November! 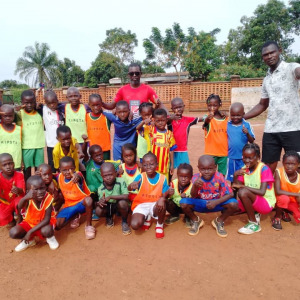 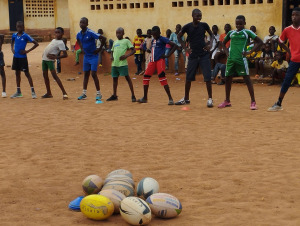 After an intense month of tuition, organisation and rugby training, the coaches of the Serge Betsen Academy returned to Cameroon at the end of August with the feeling of accomplishment to enjoy some well-deserved rest.

Thank you to the Francophone Institute for Justice and Democracy – Institut Louis Joinet (IFJD) for the trust placed in our association within the framework of this Project. 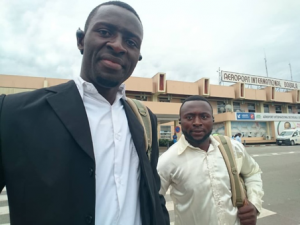 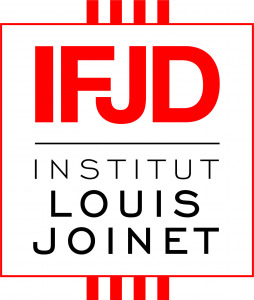 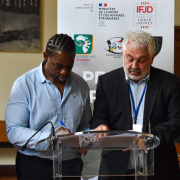 Bangui: Signing of the agreement between the Francophone Institute for Justice and Democracy – Institut Louis Joinet and the Serge Betsen Academy 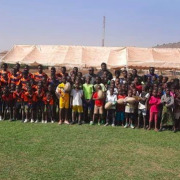 Mali: SBA Mali organised a rugby event with other rugby clubs from Bamako! 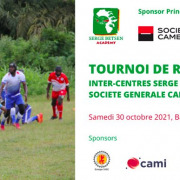 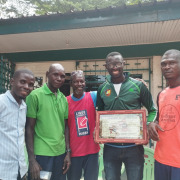 Bangui: A great second mission to the Central African Republic! 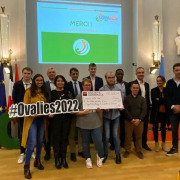 Event: Thanks to Ovalies UniLaSalle for their support of 16,666€! 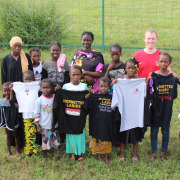 Mali : A fantastic donation from the legends at Hornets Women’s Rugby

Mali: SBA Mali organised a rugby event with other rugby clubs from Bamako!

Donation: The SBA Mali thanks Fairford RFC for its support
Scroll to top